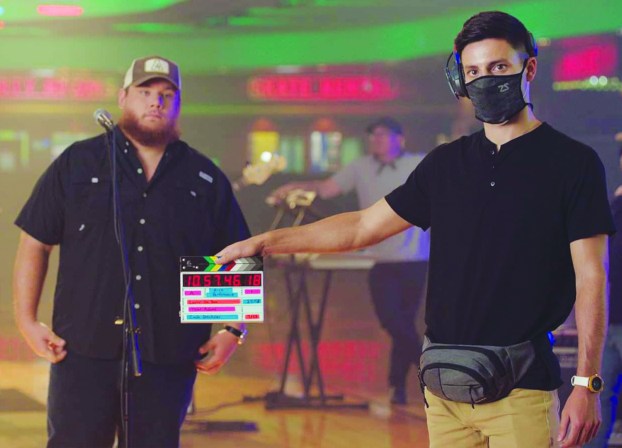 Davie High graduate Will Rooney works with Luke Combs on a video.

Accumulated skill and experience are two advantages of having a career that started as a hobby, but having fun on the job is a huge plus.

When Zach Drechsler and Will Rooney, Mocksville natives, began fiddling around with Drechsler’s mother’s VHS camcorder during middle school, neither one expected those amateur videos would help launch their careers at TA Films in Mooresville.

“We would film and narrate National Geographic style,” said Drechsler.

Destiny began to take shape when Drechsler started filming for the Appalachian State University football program where he crossed paths with Tyler Adams, who had created a department responsible for football’s recruiting, fundraising and highlight videos. Adams founded TA Films in 2013.

When Drechsler graduated from ASU, Adams asked him to come work at TA Films as a cinematographer and editor. Senior producer is part of his title now.

Drechsler recruited Rooney, also an ASU grad, who manages digital content and studio operations and is an assistant video editor in post-production.

The two friends who started out just playing around with filmmaking steadily upgraded their shoots to handling country music star Luke Combs’ music videos as well as other high-profile artists.

Combs has an affinity with TA Films because he attended ASU with quite a few employees. Drechsler helped film Combs’ first music video “Let the Moonshine”. He and Rooney had production roles in Combs’ music videos “Hurricane,” “When It Rains It Pours,” and “Beer Never Broke My Heart”.

Besides Combs, a sampling of TA Films’ clients include ESPN, NASCAR, the Golf Channel, Food Network, Raycom Sports, the ACC Network, Harris Teeter and Carolina Panthers. Drechsler is behind the camera for the Panthers’ intros for “Monday Night Football” national TV broadcasts. 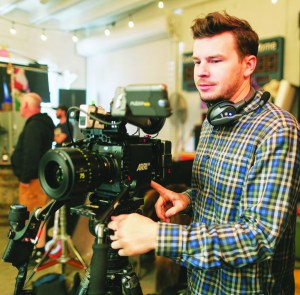 Drechsler is aware that his job description of traveling around the United States and the world filming famous people sounds glamorous, but he is quick to point out that transporting and keeping up with 15 cases on a plane, train, boat or mini-van has its disadvantages. He said one of his favorite Will Rooney quotes is “Everything is heavy and hurts.”

A project close to both home and heart for Rooney and Drechsler was a piece about Family Promise Davie County filmed in 2019. It won a bronze Telly Award out of more than 12,000 entries from all 50 states and five continents.

Rooney chose Family Promise as his “passion project” for that year. Each TA Films member has the opportunity to pursue and lead a project that is personally significant.

In June, Drechsler and Rooney and TA Films crew members surprised some onlookers with the scripted, jaw-dropping sight of an angry mob chasing a frightened magician on South Davie Drive. They were on location filming a scene for upcoming music video “Learn to Love Me” featuring Ryan Tedder of OneRepublic who was not present but had approved the script written and directed by Rooney.

The guys have learned to expect the unexpected.

“Sometimes we have problems with weather or actors or transportation. Troubleshooting issues is a perpetual necessity,” said Rooney. “There are variables, but a constant is the personal reward that comes with seeing work on a story in production come to life,” he said.

“The most satisfying part of my job is creating things I’m proud of and sharing it with those who are proud of me.  My mom and dad will always be proud of me and my work, but it’s way more fun when they can watch the Emmys or CMT Music Awards and see my name,” said Drechsler.

“I’m so proud of the team we’ve built at TA Films. We have become the force we are today because we all believed in what we were building,” said Drechsler.

“Both Zach and Will have earned positions on our leadership board at TA Films. We are proud to call them leaders of our team.  They are the reason we are successful,” said Adams.