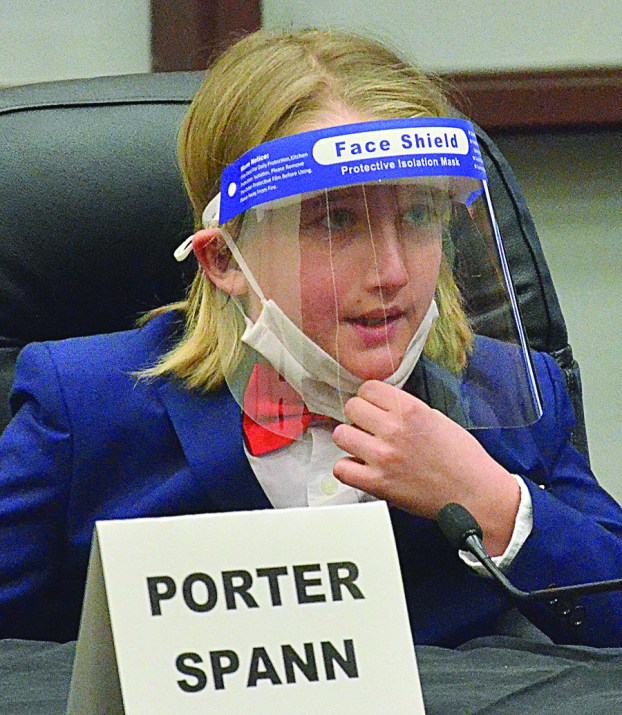 Last week, he became the grand champion, securing him a spot in the regional bee scheduled for March 21 at Bank of America Stadium in Charlotte.

Spann, the son of Nolan and Jennifer Spann, is in sixth grade at North Davie Middle. 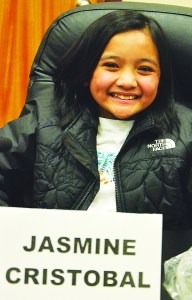 The spelling bee was livestreamed from Central Davie Education Center Feb. 4, as no parents and few staff members were allowed in the board room due to Covid 19 precautions. Students wore face masks and shields and were seated several feet away from each other and from the judges and facilitator, Dr. Danny Cartner.

Superintendent Jeff Wallace congratulated the students for winning their individual schools’ competitions and addressed the parents, who were in an adjacent auditorium, congratulating them for their roles in supporting their students’ efforts.

All students made it through round one, but round two saw the elimination of Musser on the word invoke. In round three, Patterson went out on Baltic and Brooks on mechanics.

When Barnes misspelled encore in round five, only Spann and Cristobal remained. They both made it through rounds six, seven, eight and nine, but the word agitation stumped Cristobal in round 10. Spann correctly spelled denizen but missed the championship word amalgam, adding a “u” to the word.

In round 11, Cristobal missed the word unkempt, and Spann correctly spelled insulin to win that round and Etruscan for the championship.

FARMINGTON – A new disc golf course is open at the Farmington Community Center. Popular? You bet. It opened on... read more